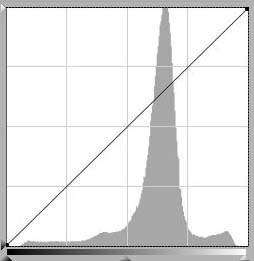 The histogram on your camera is the most important camera control or tool to ensure that you capture a full range of tones in the image. When you look at the histogram it essentially represents the number of stops of exposure which the camera is capturing.

The histogram at the left indicates that the full range of  tones has been captured with the majority of the tones in the middle. It does not matter how high it is as long as it is not touching the left side or the right side and also that none of the tones have extended beyond those limits and have been cut off.

If the graph is touching the left side it shows that areas in the image are conpletely black and and you will not be able to fix these areas of the image in post processing, thus some of the dark tone detail will be lost. 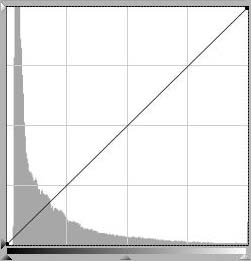 If the graph is touching the right side of the histogram it shows that areas in the image are conpletely white, blown out and and you will not be able to fix these areas of the image in post processing, thus some of the blown out detail will be lost.

If pixels are completely black or completely wthite the piuxels can be lightened or darkened, but the detail represented can never be recovered.

In the Dark tone histogram above it can be seen that most of the tonal values are on the left side of the histogram, however this is to be expected as the image was a dark night scene with only a small amount of city lights in the background. In this image some of the tones on the left may have been cut off and consequently there may be a small amount of blown highlights in the city lights.

A good exposure needs a large range od tonal values, fully spread acrass the histogram with none of the tones touching either side of the histogram.