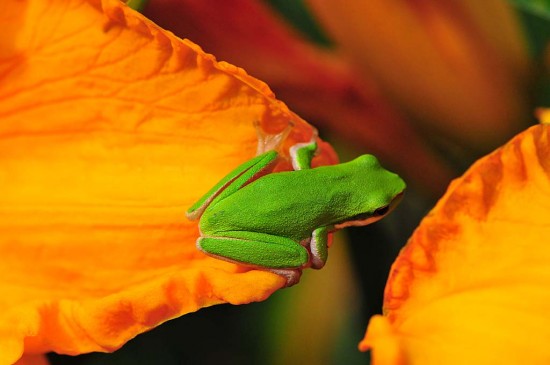 Macro photography is essentially taking close up pictures of small objects. Generally the best camera for this type of image is the Single Lens Reflex (SLR), as the view through the viewfinder is the same as that which appears on the cameras sensor and there is no parallax error as with some cameras.

Here we will also consider some of the methods to get close up and some of the formulae used in close up photography, when using dioptre lenses, extension tubes and bellows units. Some aspects are a little hard to understand the technology of this type of  photography, however the essentials are just to take excellent images.

Generally normal lenses have very limited macro capabilities unless used in conjunction with other components such as close up lenses or extension tubes.

Close up lenses can be added to a normal lens to give a magnifying effect. Close up lenses are generally measured in terms of Dioptre. A dioptre is a unit for measuring the converging power of a lens. It is the reciprocal of the focal length of the lens in metres, and the powers of two lenses can simply be added together if they are specified in dioptres.

where F is lens focal length in mm.

The basic lens combination formula is:

whereF1 and F2 are the individual lens focal lengths.

A lens of 50 dioptres coimbined with a lens of 1 dioptre will be 51 dioptres.
Close-up lenses generally are not very high quality though they might be good enough if you stop down to f/11 or more. You also have to take them off continually if you are taking pictures at different distances.

Close-up lenses also do not affect the amount of light received at the film or sensor, they are generally offered as 1, 2, 3 or even sometimes up to 15 or 20 dioptres.

Macro lenses are lenses designed for focussing from infinity to close up, generally to life size. The macro lens helical movement has much more travel than a normal lens and generally has travel equivalent to several inches (50mm) of extension tubes. In addition the lens elements are designed for high performance both at distance and close up giving very sharp images at all distances. The major camera manufacturers generally provide macro lenses of 50-60mm, 100-105mm and 180-200mm. Longer lenses generally give you a flatter perspective and more working distance between the subject.

Where a lens is extended the image magnification is given by the following formula:

Increasing the magnification will also reduce the amount of light reaching the image and thus changes the effective f stop of the lens.

Exposure Factor is a multiplier factor for the exposure increase required when the light reaching the sensor or film is decreased from either increasing the distance between the lens and the film with extension tubes and bellows or when a filter is attached.
Exposure is given by the following formula:

The Exposure Factor can be converted to f stops as follows:

Some Macro lenses are shown as follows:

In some cases improved optical performance can be acheived for macro work by using reversing rings to reverse mount a lens on the camera.

Alternatively for extreme close up work it is possible to reverse mount a lens on to a normally mounted lens fitted to the camera.
When reverse mounting lenses in combination with another lens the combined focal length can be found from the following lens combination formula: